Friday, December 2
Trending
You are at:Home»Travel»Research»VALUABLE LESSONS ON LEARDERSHIP FROM THE GREATEST RULERS OF ALL TIME

Throughout history, kingdoms have risen and fallen. Great leaders have walked the earth and ruled
over vast kingdoms. To this day, mankind reveres them for their achievements which shaped the world we live in today. “He who does not know his past cannot make the best of his present and future, for it is from the past that we learn. “ These words were spoken by the great Arab ruler Sheikh Zayed, who ruled the Abu
Dhabi for 33 years and was responsible for uniting the 7 Emirates which later led to the formation of
the United Arab Emirates. 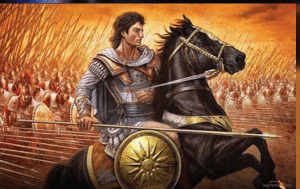 Alexander the Great, often said to be the greatest military leader of all time was renowned for his foresight, vision and military capabilities. He was the king of Macedonia. By the age of 33, he had the largest Empire in history; it stretched from Greece to Egypt to India.Alexander unified several Greek city states and died undefeated in battle. There is a lot to learn from his style of leadership. ; He led his forces from the front. When his troops went without food and water, he went hungry and thirsty as well; when their horses died and they had to walk, he did the same. When he took arrows to his chest and leg in battle, Alexander pressed on anyway– the wounds only motivated him to fight harder. Encourage and support your team Alexander was known for encouraging and acknowledging success in the battlefield, he knew that doing this would bring out greater excellence amongst his soldiers. He would single out soldiers for their acts valour, making sure they were honoured. Alexander is also remembered for his empathy. He would listen to whatever complaints his people had and would always do his best to solve their issues. 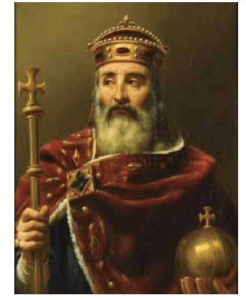 Charles the Great; commonly known as Charlemagne was King of the franks. His territory was in an area
that covers modern day France, Germany and parts of Italy. Charlemagne was both a King and military
leader. He couldn’t read or write but spoke 3 languages fluently. He was able to earn the loyalty of his people because they strongly believed he had their best interests at heart. The fact that he managed to unify most of what is modern Europe today tells us a lot about him.Born in the mid – 700s, Charlemagne was highly respected by his subjects. More than anything, his desire was to keep his father’s kingdom united; by working incredibly hard, he was able to achieve this and many other great feats in his lifetime through military force and strong political alliances.

In doing so, he laid the early foundations for modern-day Europe. The major accomplishments of Charlemagne include developing the set of laws that governed the feudal system. Despite being illiterate himself, Charlemagne championed reading and writing throughout his empire. He developed a robust
economy by creating a unified monetary system. Later on, Charlemagne oversaw the unification of all
Germanic peoples into a single kingdom through his crusades.Succession planning matters a lot
When it comes to succession, a leader needs to be extremely careful to choose the right candidate. A
leader can shape the future through a successor. Charlemagne was caught off guard when his son, Charles the younger passed away.

Among his children, Charles was the most favoured and had been groomed to take the reins of leadership after his father. Luckily, Charlemagne had another son, Louis, who turned out to be just as capable, managing to lead just as well as his father before him. 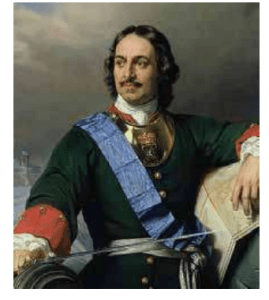 Peter the Great; Dragged Russia from its medieval period and modernized the country. He centralized the government, modernized the army and created a navy. He created a new Russian Empire. Initially, Peter had to share the throne with his elder brother and sister but he eventually became the sole ruler of the country. Though erratic at times, Peter the great had a laser sharp focus on the future and he pursued his ambitions with relentless vigour. His consistent personal education, decisiveness and incredible capacity to lead made him one of the great leaders who ever lived. He went down in history as Russia’s most transformative leader to date, rivaled only to some extent by Stalin’s reforms between 1920-1940.

Peter the great brought about profound changes in Russia, his home country. All the leaders after
him have paid tribute to the achievements he made during his reign. He expanded the Empire and
brought Russia to a level where it was comparable to other great nations. The major accomplishments of Charlemagne include developing the set of laws that governed the feudal system. Despite being illiterate himself, Charlemagne championed reading and writing throughout his empire. He developed a robust economy by creating a unified monetary system. Later on, Charlemagne oversaw the unification of all Germanic peoples into a single kingdom through his crusades.

A true leader has to have the courage to make tough decisions During his rule, Peter the great laid
the foundations for modern day Russia. He built St. Petersburg and grew the Russian military to a level
where it was one of the largest forces in Europe. Peter the Great modernized his country, built
libraries, mines and universities. He even introduced mandatory education for the male children of all
landowners. In order to raise funds for his development projects, Peter the Great had to increase taxes for his subjects. Hundreds of thousands of people died in wars, during construction projects and from hunger and disease. People rebelled against the leadership and entire villages had to flee from the dreaded tax collectors. Despite making great strides as a leader, Scholars have placed the human cost of his reforms at half a million people. 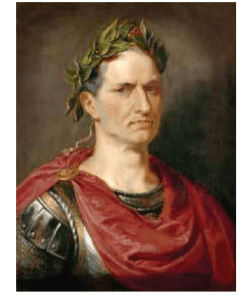 Caeser Augustus; lived between 27 BC and 14 AD. His legacy lives on to this day as one of the most effective leaders in human history. His reign was a very peaceful one for the Romans .The empire flourished under his rule and he championed diplomacy. Suetonius, a Roman historian once said that Augustus could boast that he inherited brick and left it marble. Caeser changed nearly every aspect of Roman life and transformed Rome from a republic to an Empire, he was Rome’s first emperor.

Coming to power at the tender age of 19, he had to deal with fierce rivals who felt he was inexperienced and immature. He managed to overcome them by making strategic alliances and smart moves in the
battlefield. Be prepared to change yourself. As a leader, one needs to think of him/herself as a work of art that needs constant improvement, a painting that needs touch ups all the time. Successful leadership is a
continuous learning process, it involves a lot of sacrifice that is not for the faint hearted. The turning point in Caeser’s life came about when he was 18. In his memoirs, he spoke about the moment he learned of his predecessor’s death. He was overcome with coldness and had to walk away from his friends, to digest the news. He didn’t want them to see his pain. When he rejoined them, Caeser knew he had been reborn, that he would need to change his way of life and embrace his destiny whole-heartedly.

“Conquering the world on horseback is easy. It is dismounting and governing that is hard,” these are
wise words from Genghis Khan, who was the founder and first emperor of the Mongol Empire, which grew
to become the single largest empire in history. Khan united several nomadic tribes to form his Empire
which stretched across most of Eurasia, reaching as far as Poland and the Middle East. Cultivate and encourage a diversity of Ideas Khan was always willing to listen to and try out new ideas, even if they
didn’t come from his inner circle of advisers. Khan’s brutality is no secret, in fact he is said to have been
responsible for the deaths of at least 40 million people during his military campaigns. However,whenever the Mongols raided an area, they would spare skilled craftsmen, engineers and academics.

There were two reasons for this. Khan wanted to learn their best war tactics, to continually improve his
own. He also wanted to learn as much as he could about the different customs, cultures and societies in
his area of influence. One of Khan’s most famous sayings was, “A leader can never be happy until his people
are happy.” What stands out about these leaders is their quest for unity. All these great leaders had an innate desire for unity in their territories. Unity was the driving force behind their ambitions. A leader needs to have the ability to unite people and get them to work towards a common goal He/she needs to be able to
deduce people’s self-interest and incentives to ensure that they are aligned with whatever they are
working towards.

There is a great deal today’s leaders can learn from ancient rulers. They are probably dealing with similar issues and having to make similar decisions. The actions of leaders affect peoples’ lives directly and the
decisions they make have long lasting effects. By studying how ancient Emperors ruled over their subjects, perhaps we can apply some of their ideals and strategies to solve some modern problems. There are qualities that all leaders need to have.





 