Friday, December 2
Trending
You are at:Home»Governance»The real but hidden cost of Corruption

Kenya loses an estimated Sh800 billion to corruption every year

While this figure is staggering, the real cost of corruption to the e c o n om y and to individual citizens is much bigger and it explains much of the destitution witnessed across the country. The United States of America Ambassador to Kenya, Kyle McCater, alluded to this in June when he said “ironically, the amount stolen from public coffers amounts to the value of President Uhuru Kenyatta’s Big Four Agenda.

It may be worth noting that although it appears as though the eyes of the entire world are focused on Kenya, no country is immune to corruption. According to Transparency International (TI) survey, 68 percent of countries worldwide were identified as having a serious case of corruption problem. In TI 2014 Corruption Perception Index, some of the most corrupt countries in the world are in Eastern and Central Europe, the Middle East, South America and South East Asia. Indeed, half of the 10 most corrupt countries are spread across these regions. Focus has, however, been focused on Africa because the continent’s inability to cope with misconduct, mismanagement and incompetence pivots an enormous spotlight on its social and economic development. 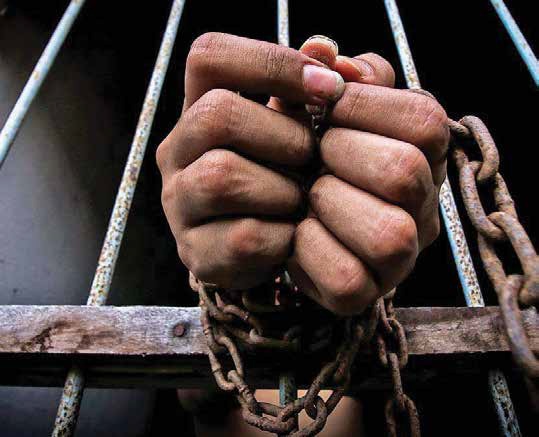 The perception that Kenya is one of the most corrupt countries is also due to the fact that the only African countries that scored worse in the TI 2017 Corruption Perception Index were Somalia, South Sudan, Libya, Eritrea, Burundi and Zimbabwe, all of which were either politically unstable or were experiencing a certain level of conflict. It may also be noteworthy that corruption is an equal opportunity destroyer as it cuts across all the sectors of the economy and the national fabric.

A cursory look at Kenya economy’s different sectors reveals just how injurious this scourge is to the country and its people.

First, a look at agriculture, which has often been described as the backbone of the country’s economy, demonstrates how the cost of corruption goes well above the amounts of monies lost in the practice.

For example, when fertilizers whose cost has been subsidized using taxpayers money is either given to large-scale farmers and small-scale farmers lose out, the country’s food production plummets and house-holds’ survival is left hanging at the mercy of the often erratic weather. The result is the perennial food shortages at the house-holds’ level that wreaks havoc to family health because of the consequent malnutrition.

The consequences are even more dire when corruption allows the importation and distribution of sub-standard or fake fertilizers which, at times, even damage the soils for subsequent planting seasons. The farmer is then forced to either endure low production cycles or to use other inputs to improve the soils. The current high poverty levels witnessed in counties that once thrived on production and sale of cash crops is attributable to the wanton theft of farmers’ incomes that swept through the co-operative movement during the 1980s and 1990s. Recovery has been painfully slow even when the government has waived off outstanding debts and pumped fresh capital into the sub-sectors.

The woes facing the sugar, coffee, cotton and pyrethrum growers have been well documented yet no lasting solution has been implemented because the same gang of looters has been allowed to retain their positions at the gate.

Their positions at the gate. Second, the individuals impoverished by corruption at the farm and through the entire value chain are, sadly, the same ones who pay the highest cost when sub-standard and poisonous drugs are imported into the country and distributed to hospitals, dispensaries and pharmacies.

Their positions at the gate. Second, the individuals impoverished by corruption at the farm and through the entire value chain are, sadly, the same ones who pay the highest cost when sub-standard and poisonous drugs are imported into the country and distributed to hospitals, dispensaries and pharmacies.

Corruption also distorts government priorities with most of the budgetary allocations going to sectors that could offer juicy pickings to the policy makers and implementers. This may explain why Kenya allocates huge amounts of government revenues to infrastructure development at the expense of agriculture and health.

Kenya’s most recent history has also demonstrated that the huge allocation to infrastructure projects also attract suitcase contractors who do not have the financial or human resources ability to implement the projects they bid for and, against all odds, win. The fact that these companies are foreign based and spread their tentacles to countries that score high on the TI corruption perception index tells its own story. Equally telling is the realization that these firms get new contracts even when they have a demonstrated ability not to deliver on projects not just in Kenya but in other countries as well.

Third, the heightened level of insecurity reported in all parts of the country accompanied by increased killings in families could be traced back to corruption that has, over the years, seeped through the entire law enforcement apparatus including police, prosecution and the judiciary.

When justice can be bought and sold to the highest bidder, well-heeled individuals see no reason to respect the law or its enforcers.

Although traffic officers have, quite rightly, come under sharp criticism for demanding and receiving bribes, the rot spreads much further as most offenders pay up to avoid being dragged through the court process that is usually rigged against them. Investigations into acts of terrorism reported in different parts of the country from the time of the bombing of the American Embassy in Nairobi two decades ago and the subsequent deaths and wanton destruction of property demonstrated just how compromised the country’s security agencies had become.

gencies had become. Fourth, the scourge has not spared industry and private businesses either.

Indeed, a case could be made that high levels of corruption act like an additional tax on businesses and increases the cost of doing business. This has implications for consumer welfare as these costs are typically passed on to consumers, especially in cases where demand for the associated products or services are less sensitive to changes in prices.

Research done by the World Bank has found that companies that pay bribes are likely to face higher costs and spend more, not less, management time dealing with red tape and regulatory burden.

It is widely understood that the culture of corruption facing not just Kenya but the other developing countries also, has a seismic effect concerning numerous aspects of the economy; most notably—hindering foreign investment and hampering economic growth.

The decision by investors to invest abroad is also largely determined by the level of corruption of the host country, considering the estimated 20 per cent “corruption tax” for doing business in these situations, according to TI.

Corruption also tends to distort markets and obstruct sustainable development with the African Development Bank (DfDB) suggesting that he cost of corruption amounts to more than five per cent of the global Gross Domestic Product (GDP).

It can, therefore, be plausibly argued that corruption is bad for business, government, and a society like Kenya’s that is facing serious inequality.

There is wide unanimity among economic analysts that if continued, the cost of corruption may not only steal the country’s resources of today, but the potential of the future.

This realization should galvanize the government, the private sector including the professionals and the entire citizenry into taking action against what is turning out to be the country’s enemy number one. But fighting corruption requires huge doses of political will to create strong fiscal institutions that promote integrity and accountability throughout the public sector. For starters, the government should invest in high standards of transparency and independent external scrutiny.

This allows audit agencies and the public at large to provide effective oversight. Experience elsewhere has also demonstrated that chances of success are greater when countries design reforms to tackle corruption from all angles. For example, reforms to tax administration will have a greater payoff if tax laws are simple and reduce officials’ scope for discretion.

It is equally indispensable to build a professional civil service by adopting transparent, merit-based hiring and pay as this reduces opportunities for corruption.

The heads of ministries, agencies and public enterprises must promote ethical behavior by setting a clear tone from the top.

The government must require all the institutions, including counties, to keep pace with new challenges as technology and opportunities for wrongdoing evolve. There is a need to pay particular attention to areas that pose higher risks such as procurement, revenue administration and management of natural resources. Internal controls, especially the employment and proper utilization of internal auditing services must be non-negotiable.

The country must, of necessity, borrow a leaf from Chile and South Korea where the introduction of mandatory electronic procurement systems reduced incidents of corruption dramatically. This may explain the spirited battles waged by County governors against President Kenyatta’s directive they adopt electronic procurement. The resistance to e-procurement has led to running battles in government enterprises, agencies and ministries, too, although less openly than in counties.

The government must, however, put its foot down and stamp its authority in this area if the tide in the battle against corruption is to be turned. This would give the country a chance to invest its money with a high degree of efficiency and fairness.