Friday, December 2
Trending
You are at:Home»Finance and investment»BARCLAYS Strategic Withdrawal FROM AFRICA

No Longer Stronger Together

The recently announced planned merger between CBA and NIC Banks, the
acceptance of KCB’s binding offer to Imperial Bank Ltd (In Receivership), and the bid by CBA Group to acquire Jamii Bora Bank are some of the happenings set to excite the banking industry in Kenya in the coming months. But year 2019 will also witness the effects of one of the boldest ever corporate restructurings in recent history, when Barclays Africa
operations completes shedding off its 100-year strong long-standing brand and association with Barclays PLC across the entire African continent to become ‘Absa’, the South African-born group.

This re-branding will effectively mark the end of the separation and re-organization process initiated earlier in year 2015 by Barclays PLC and which would include, among other steps, a gradual sell-down of its shareholding in Barclays Africa Group Ltd (BAGL) from 62.3% to a
non-consolidation level of 14.9% thereby freeing BAGL from the control of
Barclays PLC and giving it the freedom to adopt and use its own African name; – ‘Absa’ across its Africa operations. Barclays PLC planned to, and indeed, has retreated from up-to 25 countries, and exited several non-core business lines. In his commentary accompanying the annual report for the year ended 31st Dec 2017, Barclays PLC’s Group Chief Executive Officer announced the completion of this re-organization process, and which, according to the agreement with BAGL, would allow Absa up-to mid-2020 to shed off the ‘Barclays’ tag.
While Barclays PLC boasts of these successful strategic actions, key questions still linger in the minds of many, as to what strategic thinking exactly informed this withdrawal decision, and how such a strategy would help the multinational lender achieve its desired objectives. The reasons behind this withdrawal could be much more intriguing than can be
expressed in this short article. Without delving deeper into the
numbers behind this decision, this article attempts to evaluate and summarize the thinking that might have informed Barclays’ withdrawal.

According to Johnson, G. et al. (2008), the BCG matrix provides that the
attractiveness of a market is determined by the rate of growth of that market; while the relative market share of any market participant reflects that participant’s competitive advantage.
Accordingly, a Strategic Business Unit (SBU) which has a relatively high
market share in a growing market is a ‘star’ that needs to be invested-in to protect the existing and potential competitive advantage, while an SBU which has a relatively high market share in a slow growth market would have reached its maturity; and would continue to generate cash flows to the corporate entity but with far much reduced additional investment.
An SBU which has a low market share in a high growth market provides a
challenge which must be investigated; there’s a significant threat that such a unit could lose its low market share and become a candidate for divestiture, but with effective strategies, such a unit could as well gain greater market share and turn into a ‘star’. An SBU with low market
share in a slow growth market is one that a corporate parent must dispose-off immediately. Looking at Barclays Bank and African growth prospects, one would expect to see it expand into the African market, yet the opposite is what has taken place.
With over 325 years of rich history and expertise in banking services, growing operations in several countries across the world, the Kenyan subsidiary of the bank, hitherto the 4th in terms of profitability,
and enjoying a local market size index of 6.57% as at 31st Dec 2017, continues to make good returns to investors, having taken home KShs 10 Billion (7.5%) of the banking sector’s total profit before tax of KShs 133.2 Billion in the year to 31st Dec 2017.
However, as can be presented on the chart below, the market share of
Barclays Bank in Kenya shrunk steadily and significantly over the 10 year-period preceding the withdrawal, moving from 18.54% in 2006 to 6.94% in 2015 when the withdrawal strategy was announced. See below:

Evidently therefore, Barclays Bank in Kenya steadily lost a significant proportion of its market to competitors, in a market that has kept growing exponentially.
Average Return on Equity A critical look at the performance of the banking industry in a select sample of 3 countries where Barclays Bank operated
reveals a general downward trend of performance, for varying reasons, with a declining Return on Equity (RoE) in all the said three markets.

These averages, though worsening over time, were still far much favorable than Barclays PLC Group’s RoE which stood at 5.6% in 2017. This is against a backdrop of the assertion in Barclays Bank of Kenya’s Integrated Report citing, as a reason for the sell-off by the parent, additional regulatory requirements on capital, making it less attractive for international banking corporations who own large banks abroad to deliver a return above desired shareholder return on equity. 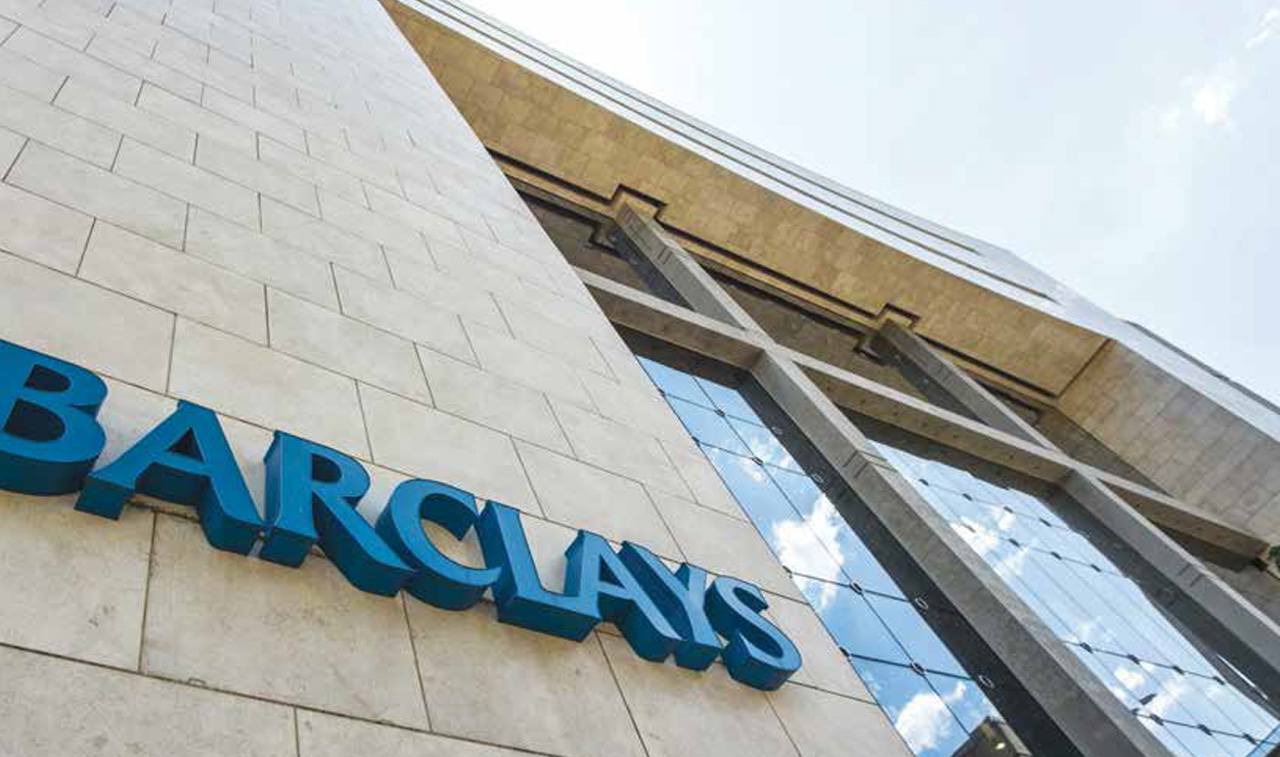 Regulation and legislation in the UK require Barclays PLC to prepare group
accounts which consolidate the results and the financial position of all its
home and foreign subsidiaries. Unless it reduced its shareholding in BAGL
significantly, Barclays PLC was going to continue suffering the  onsequences
of consolidating subsidiaries which are denominated in foreign currencies.
It’s a requirement of the International Financial Reporting Standard (IFRS)
that Barclays needed to translate the South African Rand (ZAR) enominated
results and assets/liabilities of ABGL into  Sterling Pounds (B£) using specified rates before consolidation.
Thus, a weakening of the ZAR (a fall by 40% since Jan 2015) and other African currencies over time negatively affected the values of the parent’s investment in ABGL, and for this reason, it was imperative that Barclays PLC takes action in order to prevent further loss of value to the shareholders. The Group disclosed a £2.5bn loss from the sell-down of Barclays Africa in its 2017 financial report, part of which might have been attributable to this depreciation of the currencies.

Just as it is in a conventional war, however superior her equipment is, an army does not just proceed to the battlefront without a carefully crafted strategy on how to win over the enemy. Similarly, businesses plan and execute well thought-out actions aimed at gaining and/or retaining greater
advantage over competitors in terms of market share and profitability.
An organization would ordinarily have a couple of unique resources and
in-imitable core competencies that it employs to create goods and services that appeal highly to the consumers.
Mergers and acquisitions, product/ market development and diversification
or withdrawal decisions, are madeby entities after a careful scan of the
operating environment and an evaluation of the entity’s internal strengths to enable it deploy accordingly to exploit the opportunities that exist in the operating environment while remaining alert to its internal weaknesses and the threats posed in the political, economic, socioecological, technological, and legal environment.
The regulatory regime in the operating environment has been cited by Barclays as one of the main reasons that pushed it to withdraw from the African market. When explaining the decision, the directors mentioned that the Group had been shouldering 100% of the financial burden
of the African operations but receives only 62% of the benefits from those operations.