Monday, August 8
Trending
You are at:Home»Featured»COULD FREELANCING BE THE SOLUTION TO KENYA’S UNEMPLOYED GRADUATES? 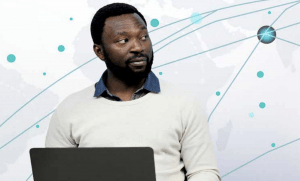 According to a World Bank report titled “Kenya Social Protection and Job Programs Public Expenditure Review”, Kenya’s job market is set to receive 9 million job seekers between the years 2015 and 2025. With these numbers, the report projected that Kenya’s unemployment rate of 9.3% in 2018 is set to increase to 10% in 2020.

Cognizant of these statistics, a section of young, skilled, tech-savvy graduates are taking their job search efforts outside Kenya’s borders. Armed with skills in disciplines like IT & programming, accounting, law, medicine, agriculture, and education, they work for employers from around the world remotely. Online freelancing platforms like Upwork, Fiverr, Freelancer and People-per-hour contain freelance jobs in wide-ranging fields. Freelancers use these platforms to connect with employers and work as independent contractors.

Popularly referred to as the “gig economy”, freelancing, according to the Cambridge Dictionary, refers to doing particular pieces of work for different organizations rather than working all the time for a single organization. Freelancers are therefore categorized as independent contractors.

Majorly, freelancing jobs are found on online platforms. Freelancers on these sites get to build a reputation as they continue to perform tasks for clients. Freelancers with good reviews from past clients stand a chance of getting future better paying jobs.

The rise of freelancing in Kenya

In 2016, Kenya’s Ministry of ICT acknowledged the positive impact that freelancing could have on Kenya’s economy. The Ajira Digital Program was set up in 2016 by the Ministry of ICT and the Ministry of Public Service youth and gender affairs. The aim of the program is to turn Kenya into a freelance capital in the world by training and equipping young people with skills required for online work.

By 2016, over 40000 Kenyans were working online as freelancers. Ajira Digital Program’s goal was to increase this number and have Kenyan youth benefit from the freelancing industry market estimated to be worth 1.5 billion US dollars by the year 2020. Success stories of Ajira Digital Program were documented by the Kenya Private Sector Alliance (KEPSA). Cohorts of the program went on to work on online freelancing platforms where they have since earned $500 to $3000. Even before the launch of this program, Kenyan youth were earning decent incomes from online work. A majority of the work involves different forms of writing. The best paying fields for Kenyan online freelancers are finance, IT & programming, lifestyle, law, health, and copywriting.

Some freelancing niches are born out of innovations and legal changes across the world. Writing on crypto currency is one such example. Freelancers in the niche can earn up to $100 for a 500-word article. Other profitable niches that have come out recently include cannabis. Legalizing of cannabis by western countries has created earning opportunities for freelance writers in the cannabis niche.

At the beginning of the decade one of the most popular niches for freelance writing was academic writing. Students from first world countries started using the internet to hire skilled writers from Asia, Africa, and Eastern Europe to write the essays and assignments. This is academic cheating. The BBC did a feature which highlighted Kenya as a destination for students in western countries to hire graduates to do their academic work. The scope of this work also involves Masters and PhD theses. BBC estimated the academic writing market to be over 1 billion US dollars. To try and curb this vice in the freelancing industry, online payment provider PayPal stopped processing payments for academic writing firms.

The rise of freelancing in Kenya can be attributed to five factors;

The exact rate of internet penetration in Kenya has been a subject of debate. The Communication Authority of Kenya in 2017 placed the rate of internet penetration at 112%. This meant that 50.1 million Kenyans were using the internet yet the country’s population at the time was estimated to be 45 million. It appeared that the Communication Authority of Kenya’s figures did not omit internet users who use more than one SIM card to access the internet.

Currently, internet penetration in Kenya is estimated to be 89.7%. The GSMA report of June 2018 lists Kenya as the fourth country in Africa with the fastest internet speeds with download speeds of 15.39 Mbps and upload speeds of 7.82 Mbps per second. The three African countries with the fastest speeds are Tunisia Morocco and Egypt respectively.

Every year Kenya’s educational institutions release skilled labour into the job market. With the unemployment rate of 9.3%, the Kenyan job market does not have the capacity to absorb all these graduates. The online freelance market provides an opportunity for individuals to exercise their skills and earn a living.

The future of work as we know it is changing. Organizations across the world are operating with a lean team in brickand-mortar offices. The rest of the roles are outsourced to remote based freelancers across the world thanks to the internet. The gig economy has sidestepped the bottlenecks of securing traditional employment in foreign countries.

This is a win-win scenario for both organizations and freelancers. By relying on small teams in offices and outsourcing the rest of the labour force to freelancers, organizations are able to cut costs. The cost of maintaining a full-time employee is higher when compared with that of an independent contractor. Freelancers also benefit and stand to earn more because they are able to work with multiple employers simultaneously. 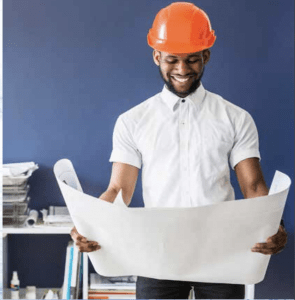 While unemployment is a reason for Millennials to get into freelancing, there’s another important reason. The “work from anywhere” proposition involved in online freelancing, appeals to Millennials. Unlike conventional jobs that require employees to be in offices and follow a set schedule, freelancing provides a sense of freedom for Millennials. They are able to set their own routines that favour their productivity. Organizations are creating freelance roles in order to be able to tap into this talent demographic.

Safaricom entered strategic partnerships with Upwork and PayPal. Freelancers from Kenya are able to withdraw money from Upwork to M-Pesa. This has made it easier for freelancers to access payments for work done. The ease of getting payments has made Upwork one of the most preferred platforms for freelancers in Kenya. Safaricom has also entered a partnership with PayPal where users in Kenya can deposit and receive money from PayPal to M-Pesa. Conclusion

As the freelancing industry continues to experience unprecedented growth, policy makers and stakeholders in Kenya should engage with this industry with renewed interest. The freelance job market has the potential to absorb Kenya’s unemployed graduates. The growth of this industry in Kenya has been largely organic. Government programs like Ajira Digital Program while successful, on the face of it, have not made a big impact.

As the future of employment seems to be in freelancing, the industry is yet to answer a vital question. Due to working as independent contractors, freelancers are not entitled to employment benefits from employers. Having a generation of the labour force that is not entitled to employer-backed health insurance or pension schemes is a factor that should worry policymakers. Nevertheless freelancing represents one of the best solutions to youth unemployment in Kenya if harnessed correctly.