Tuesday, December 6
Trending
You are at:Home»Financial Reporting»REGULATING SACCOS IN KENYA

The trend of mismanagement bedeviling Savings and Credit Co-operative Societies (saccos) in Kenya today is worrying investors. It is a drawback to government ideals to alleviate poverty among Kenyans by encouraging savings through the cooperative movement, which for decades has been vibrant and an enabler of economic freedom amongst citizens through advancement of soft affordable loans. 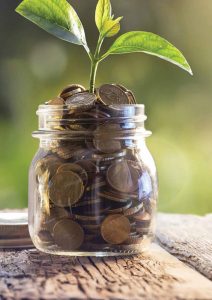 The launch of a partnership on 26th February, 2019 between EACC and the state ministry of Trade, Industry and Co-operative in dealing with corruption and mismanagement in saccos in Kenya is a pointer towards stabilizing good governance and eradicating corruption in the sector. Listening to speakers at the launch, one thing cut across the sentiments. Our sacco sector is bedeviled by mismanagement and corruption; being perpetuated by Board of Directors and management of these saccos and management of these saccos.  In his speech, EACC CEO Mr. Twalib Mbarak expressed concern regarding how directors and management of saccos are engaging in corruption through skewed tenders, financial misappropriation and nepotism in employment. He noted that if an audit on human resource was to be conducted in some saccos today, we would find relatives of officials and directors being employees in these saccos. Mr. Mbarak told the gathering that EACC has received over 400 complaints from Kenyans against saccos and investigations are ongoing. He cautioned the officers and warned them that EACC will be visiting them soon, once they get incriminating evidence against them. He gave an example of a sacco (name not mentioned) he is a member of, where management had swindled members through unscrupulous investment projects. His sentiments were echoed by the outgoing Co-operatives PS Ms. Susan Mochache who narrated how she had been approached by Kenyans complaining about saccos and how they have lost a lot of money. The partnership is a good thing. However, why would we wait for partnerships to weed our saccos of corrupt officials? Before EACC comes to investigate these organizations, why can’t the Sacco Societies Regulatory Authority (SASRA) uphold the true spirit of our constitution as per Chapter 6 when vetting these officials and also undertake its mandate as per the law?

Does it mean that the department of Co-operative has failed to protect Kenyans through the office of the Commissioner of Co-operatives? The provisions of the Co-operative Act, Cap 490 on supervision of non-deposit
taking co-operatives is clear. The recent happening in the Ekeza sacco scandal in particular is something to worry contributors who have invested their hard earned money in these organizations. (Government auditors
investigating the troubled Ekeza sacco revealed that more than Sh1 billion of investors’ money had been illegally withdrawn and used-DN). It is reported that over 53,000 members of this sacco were tricked into saving
their money amounting to over Kshs. 2 Billion which was later swindled by
directors of this sacco by engaging in financial malpractices.

It is disturbing to see Kenyans being swindled by corrupt sacco officials when there’s a government agency charged with the responsibility of safeguarding Kenyan’s interests in these saccos by ensuring that such organizations practice financial prudence and any form of malpractice reported through regular supervisions and inspections. There are more problems facing saccos in the country ranging from governance issues, conflict of interests, nepotism, corruption, financial misappropriation
to mismanagement. The tragedy is that members do not know the real issues since they are either not reported or the management and the boards of these saccos collude to conceal the real issues. There are many saccos in the country facing financial problems if the truth was to be unveiled by SASRA.

Is SASRA doing enough as a regulator? Section 4 of the sacco Society Act No.15 of 2008 establishes the sacco Society Regulatory Authority, a government agent with full mandate to license, regulate and supervise the
functions of deposit taking saccos in the country.

SASRA has proven over time to be a toothless authority that has either chosen not to supervise these saccos or gone to bed with the management.
I know of a sacco where SASRA for over five years had not done any inspection and when they finally did after numerous complaints by members over alleged financial irregularities, the findings have never been made public. It is in the public interest that SASRA be reminded that it is funded by the public revenue to protect the interests of vulnerable members of the society who are tax payers by ensuring that the principles of good governance and prudent financial management are adhered to in these saccos. The conduct of SASRA in so far as saccos operate leaves more questions than answers. Could we be having an institution that is in bed with corrupt sacco officials? SASRA as an institution has continuously given a clean bill of health to saccos even when it is clear to the public that there is a lot of financial impropriety going on.

The tragedy is that members do not know the real issues since they are either not reported or the management and the boards of these saccos
collude to conceal the real issues. There are many saccos in the country
facing financial problems if the truth was to be unveiled by SASRA.

Proper regulation is key. There have been several suggestions to streamline the regulation of saccos together with other financial institutions in Kenya.
A report by a Task Force on Parastatal Reforms appointed by the President
and Co- chaired by former Mandera East MP. Hon. Abdikadir Mohammed and Mr. Isaac Awuondo recommended the establishment of one regulatory
body for all financial institutions. It goes without saying that SASRA has failed to efficiently regulate saccos. Thus putting saccos together
with other financial institutions like banks under Central Bank of Kenya
is the only remedy remaining. Lack of capacity and inefficiency of some
SASRA officials is a hindrance to proper regulation and discharging
supervision functions.

In conclusion, there is urgent need to streamline SASRA as an entity to ensure those running this institution are people of integrity who cannot
be compromised by the corrupt sacco officials who they are meant to supervise and unveil their rot. The new EACC CEO should start with
SASRA board of directors and the secretariat to ensure they undergo a
proper vetting exercise to test their suitability in holding those positions and their ability to supervise saccos.

I highly recommend that the government fully implements the findings of a report by the Task Force on Parastatal Reforms so that some of these problems that ail saccos can be properly addressed.