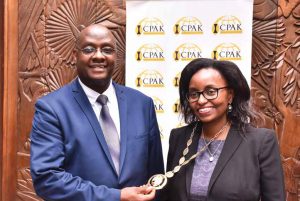 I fear the day that technology will surpass our human interaction. The world will have a generation
of idiots – Albert Einstein
Society is a republic. When an individual tries to lift themselves above others, they are dragged
down by the mass, either by ridicule or slander – Victor Hugo

Someone once said that; “individual commitment to a group effort – that is what makes a team work, a company work, a society work, a civilization work. And man to man is still the greatest curse. He who is unable to live in society, or who has no need because he is sufficient for himself, must be either a beast or a god.”

We have now come to accept that when Albert Einstein said he feared the
day technology would surpass our human interaction, he was not off the mark; because that is precisely what we are experiencing and trying to fend off today. Humans as we know are interdependent by nature. So, no matter how deeply we embrace technology, we cannot completely do away with the physical aspect of social interactions.
A social group is a group of people who network with each other and share
like ideas and a degree of unanimity.

According to Wiki, social capital broadly refers to those factors of  ffectively
functioning social groups that include such things as interpersonal relationships, a shared sense of identity, a shared understanding, shared norms, shared values, trust, cooperation, and reciprocity.
Our interactions are varied. Research has revealed that lately, in most parts of our country, most friends and families only meet when events are taking place; like weddings, parties, funerals, funds drives and other such meetings. In many instances, people form groups in the social media (mainly WhatsApp) to deal with preparations and make contributions through mobile phones, thereby limiting physical interactions.
There are many reasons for this; most notably technology…and what many
people refer to as busyness… (Being busy) whether they are busy or not.
Some are managing this shortfall in their relationships by forming chamas… where they meet, invest and grow. A Chama is a casual supportive society that is usually used to collect and invest savings. They are also referred to as small savings groups.
Some people usually meet in each other’s houses, while some prefer online based chamas. In this case members simply send money using the mobile money platform and take loans when they want to, with low interest. They normally plan for an end of year meeting where people get to know each other.

So what is the origin of social
network?

This is a question that is often asked. Many people are involved in these networks without really knowing their origin. L. J. Hanifan’s 1916 article regarding local support for rural schools is, as explained by Wikipedia, one of the first occurrences of the term social capital in reference to social cohesion and personal investment in the community. In defining the concept, Hanifan says…I do not refer to real estate, or to personal property or to cold cash, but rather to that in life which tends to make these tangible substances count for most in the daily lives of people, namely, goodwill, fellowship, mutual sympathy and social intercourse among a group of
individuals and families who make up a social unit… If he may come into contact with his neighbour, and they with other neighbours, there will be an accumulation of social capital, which may immediately satisfy his social needs and which may bear a social potentiality sufficient to the substantial improvement of living conditions in the whole community. The community as a whole will benefit by the cooperation of all its parts, while the individual will find in his associations the advantages of the help, the sympathy, and the fellowship of his neighbours.
As with most situations, there are also negative aspects in social capital. These include barring of outsiders; making too many demands on members, limitations on individual freedom; and downward levelling standards. It can actually be used to produce or reproduce inequality
as explained by Pierre Bourdieu.
He shows how people get powerful positions through the direct and indirect
employment of social connections.

Social capital needs to be
nurtured

In comparison with traditional types of capital, social capital is not worn-out by use. If anything, it is weakened by lack of use. You must nurture it…and continually work towards its success. From this perspective, it is like the now deep-rooted economic concept of human capital.
Social capitalism stresses the fact that a durable social support network for the poor boosts capital output. By reducing poverty, capital market participation is boosted. By making room for interactions, loneliness is suppressed. A sad story is told of an old and lonely man who took

We have now come to accept that when Albert Einstein said he feared
the day technology would surpass our human interaction…In many
instances, people form groups in the social media (mainly WhatsApp) to
deal with preparations and make contributions through mobile phones,
thereby limiting physical interactions.